Art by SCIENCE HYPE – even more great space art posters at that link. 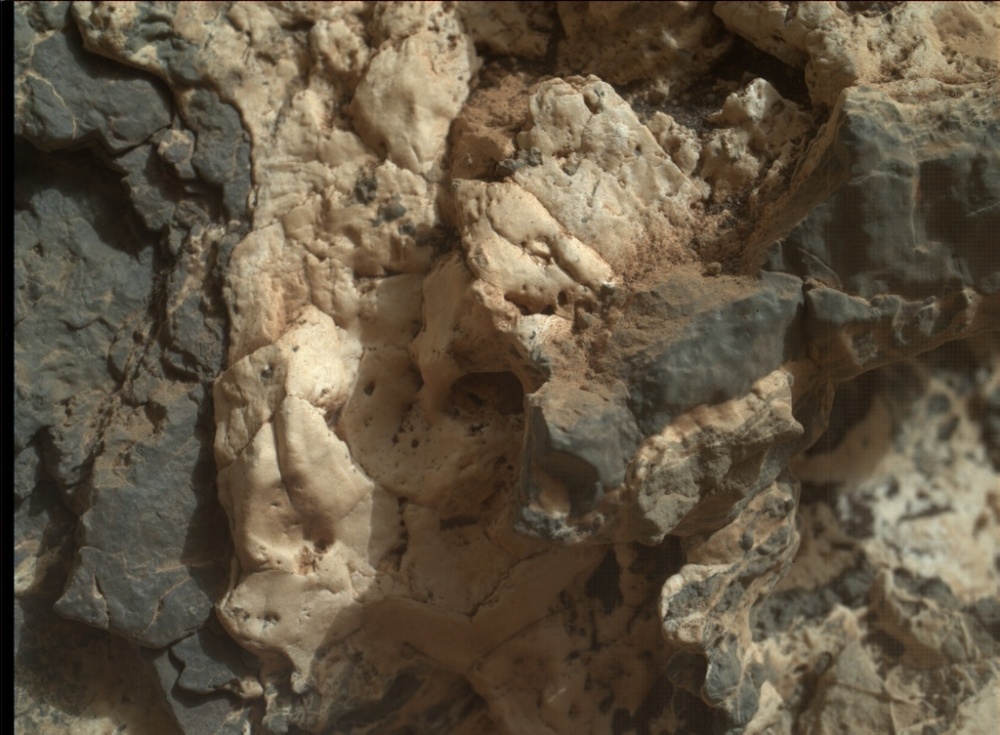 A long-chain carboxylic acid, or fatty acid, was a good fit for one of the data peaks detected in a mudstone called Cumberland, he told an audience at the meeting. A form of alcohol molecule may also be among the compounds analysed.

The preliminary result will excite scientists because fatty acids are key components of the cell membranes found in all life forms, including microbial organisms.

Dr Glavin told an audience that the result was “provocative”, and said the link to biology was the “million-dollar question”. But he explained that a non-biological origin was equally plausible at this stage of the research.

One scientist commenting on the presentation suggested that contamination could not be ruled out as a cause of the signal.

The SAM team have been working to address the leak of a pre-existing chemical called MTBSTFA within the instrument.

The fact this is also an organic molecule has complicated the search for indigenous carbon-containing compounds in Martian rocks.

However, team members say they have turned the leak into an advantage, using their understanding of how MTBSTFA reacts with other compounds to identify Martian organics.

The dust also could have come from Mars’ moons, Phobos and Deimos, from dust in the solar wind or from comet dust that fills interplanetary space.

Mars is Wrapped in a Weird Dust Cloud : Discovery News

Martian sunrises, as seen by the HiRISE orbiter 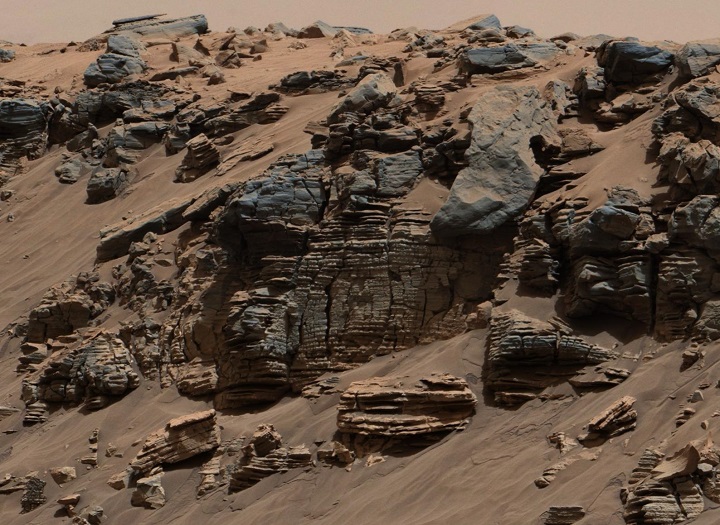 “If our hypothesis for Mount Sharp holds up, it challenges the notion that warm and wet conditions were transient, local, or only underground on Mars,” said Ashwin Vasavada, Curiosity deputy project scientist at NASA’s Jet Propulsion Laboratory in Pasadena, California. “A more radical explanation is that Mars’ ancient, thicker atmosphere raised temperatures above freezing globally, but so far we don’t know how the atmosphere did that.”

Why this layered mountain sits in a crater has been a challenging question for researchers. Mount Sharp stands about 3 miles (5 kilometers) tall, its lower flanks exposing hundreds of rock layers. The rock layers – alternating between lake, river and wind deposits – bear witness to the repeated filling and evaporation of a Martian lake much larger and longer-lasting than any previously examined close-up.

“We are making headway in solving the mystery of Mount Sharp,” said Curiosity Project Scientist John Grotzinger of the California Institute of Technology in Pasadena. “Where there’s now a mountain, there may have once been a series of lakes.”

Curiosity currently is investigating the lowest sedimentary layers of Mount Sharp, a section of rock 500 feet (150 meters) high, dubbed the Murray formation. Rivers carried sand and silt to the lake, depositing the sediments at the mouth of the river to form deltas similar to those found at river mouths on Earth. This cycle occurred over and over again.

“The great thing about a lake that occurs repeatedly, over and over, is that each time it comes back it is another experiment to tell you how the environment works,” Grotzinger said. “As Curiosity climbs higher on Mount Sharp, we will have a series of experiments to show patterns in how the atmosphere and the water and the sediments interact. We may see how the chemistry changed in the lakes over time. This is a hypothesis supported by what we have observed so far, providing a framework for testing in the coming year.”

After the crater filled to a height of at least a few hundred yards, or meters, and the sediments hardened into rock, the accumulated layers of sediment were sculpted over time into a mountainous shape by wind erosion that carved away the material between the crater perimeter and what is now the edge of the mountain.

On the 5-mile (8-kilometer) journey from Curiosity’s 2012 landing site to its current work site at the base of Mount Sharp, the rover uncovered clues about the changing shape of the crater floor during the era of lakes.