Google announces Project Tango, a smartphone that can map the world around it | The Verge

“Google has built a prototype Android smartphone that can learn and map the world around it. The device comes from a new initiative called Project Tango, and it’s ready to get the phone into developers’ hands to see what the technology is capable of. Google says that the phone will learn the dimension of rooms and spaces just by being moved around inside of them — walking around your bedroom, for example, would help the phone learn the shape of your home. The hope is that by creating a robust map of the world, Google’s phone could eventually give precise directions to any given point that needs to be reached.” 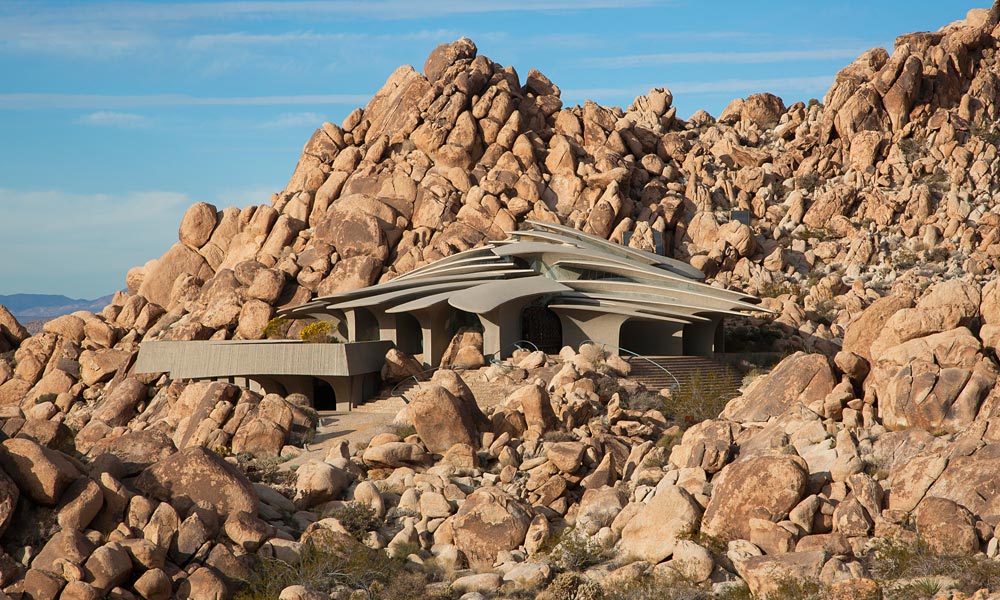 In the late ‘80s, artist Beverly Doolittle and her husband Jay decided they wanted a house on their 10 beautiful, naked acres in Joshua Tree and they tracked down super-organic architect Kendrick Bangs Kellogg, who immediately fell in love with the site. Beverly tells the Desert Sun "He was jumping all over the rocks like a mountain goat. He had been looking for rocks to build on.“ The couple gave him free rein and in 1988 work began on this concrete, steel, glass, and copper house, placed perfectly naturally on the rocky site and looking from the top kind of like a ribcage.

The house was finished in 1993 but interior designer John Vugrin spent several years making "tweaks.” The Doolittles didn’t move in until the early aughts, but now they want to downsize and have already left for Utah. They’re selling this gem—perfect for the fashionable Bond villain—for $3 million.

Late last month Matthew Plummer-Fernandez, the 31-year-old creative technologist for Goldsmith College’s Interaction Research Studio at the University of London, released what he’s calling ‘Disarming Corruptor,’ a piece of free software designed to distort 3D-printable blueprints such that only another user with the app and the knowledge of a certain key combination can reverse the distortion and print the object. That means any controversial file–say, a figurine based on Mickey Mouse or another copyrighted or patented shape, or the 3D-printable gun created earlier this year known as the Liberator–could be ‘encrypted’ and made available on a public repository for 3D-printing blueprints like the popular site Thingiverse without tipping off those who would try to remove the file.

A font designed to be unable to be read via OCR (Optical Character Recognition):

The name ZXX comes from the Library of Congress’ Alpha-3 ISO 639-2 — codes for the representation of names of languages. ZXX is used to declare No linguistic content; Not applicable.

And of course, James Bridle is on top of this, only just this past week launching Dronestagram, a Tumblr/Twitter/New Aesthetic/New Politic something, which posts aerial photos of the locations of US drone strikes from throughout the post-national terrain of that war-machine. So very similar to the IDF’s Youtube videos, the effect is entirely different, as it seeks not to brag or threaten, but to document and exhibit.

But could Dronestagram be co-opted by the State? What would be the effect of the IDF’s Twitter account retweeting Dronestagram? What if the president retweeted it? What if Al-Qaeda did? Who does the uncanniness of the New Aesthetic/New Politic work for? Who owns these aspects of the war-machine?