The Great Filter, in the context of the Fermi paradox, is whatever prevents “dead matter” from giving rise, in time, to “expanding lasting life”.[1]The concept originates in Robin Hanson’s argument that the failure to find any extraterrestrial civilizations in the observable universe implies the possibility something is wrong with one or more of the arguments from various scientific disciplines that the appearance of advanced intelligent life is probable; this observation is conceptualized in terms of a “Great Filter” which acts to reduce the great number of sites where intelligent life might arise to the tiny number of intelligent species with advanced civilizations actually observed (currently just one: human).[2] This probability threshold, which could lie behind us (in our past) or in front of us (in our future), might work as a barrier to the evolution of intelligent life, or as a high probability of self-destruction.[1][3]The main counter-intuitive conclusion of this observation is that the easier it was for life to evolve to our stage, the bleaker our future chances probably are.

With no evidence of intelligent life other than ourselves, it appears that the process of starting with a star and ending with “advanced explosive lasting life” must be unlikely. This implies that at least one step in this process must be improbable. Hanson’s list, while incomplete, describes the following nine steps in an “evolutionary path” that results in the colonization of the observable universe:

According to the Great Filter hypothesis at least one of these steps – if the list were complete – must be improbable. If it’s not an early step (i.e., in our past), then the implication is that the improbable step lies in our future and our prospects of reaching step 9 (interstellar colonization) are still bleak. If the past steps are likely, then many civilizations would have developed to the current level of the human race. However, none appear to have made it to step 9, or the Milky Way would be full of colonies. So perhaps step 9 is the unlikely one, and the only thing that appears likely to keep us from step 9 is some sort of catastrophe or the resource exhaustion leading to impossibility to make the step due to consumption of the available resources (like for example highly constrained energy resources). So by this argument, finding multicellular life on Mars (provided it evolved independently) would be bad news, since it would imply steps 2–6 are easy, and hence only 1, 7, 8 or 9 (or some unknown step) could be the big problem.[3]

Although steps 1–7 have occurred on Earth, any one of these may be unlikely. If the first seven steps are necessary preconditions to calculating the likelihood (using the local environment) then an anthropically biased observer can infer nothing about the general probabilities from its (pre-determined) surroundings.

A variant of the self-replicating starship is the Berserker. Unlike the benign probe concept, Berserkers are programmed to seek out and exterminate lifeforms and life-bearing exoplanets whenever they are encountered.

It is speculated in fiction that Berserkers could be created and launched by a xenophobic civilization (see Anvil of Stars, by Greg Bear, in Examples in fiction below) or could theoretically “mutate” from a more benign probe. For instance, a von Neumann ship designed for terraforming processes – mining a planet’s surface and adjusting its atmosphere to more human-friendly conditions – might malfunction and attack inhabited planets, killing their inhabitants in the process of changing the planetary environment, and then self-replicate and dispatch more ships to attack other planets.

All pages & panels from Ultimate Galactus – tell your friends about The Eater of Worlds! 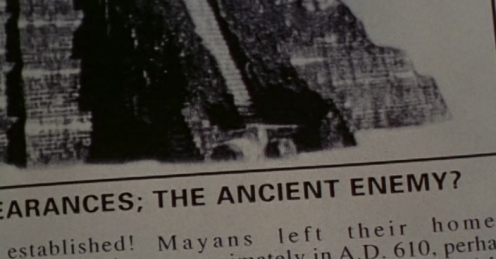 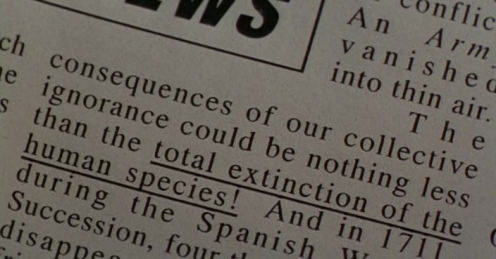 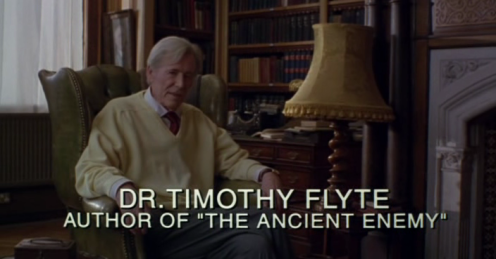 easily the best part of INFINI.

this little indie aussie sf deservedly has a 5.4 rating on IMDB, but is totally watchable, unlike his previous effort, Gabriel, and for Cyclonopedia fans… a must-see.

That’s a radome.  They started popping up in Britain in the 1950s, and by the Seventies were prime Weird Britain landmarks.  Always in bleak, remote places, always looking like bubbles of eerie retro science-fiction dropped on the landscape.  They’re used for radio intelligence gathering.  Rovers from THE PRISONER, paused on the moorland and sniffing the air for microwaves.

Speaking of the zeitgeist. 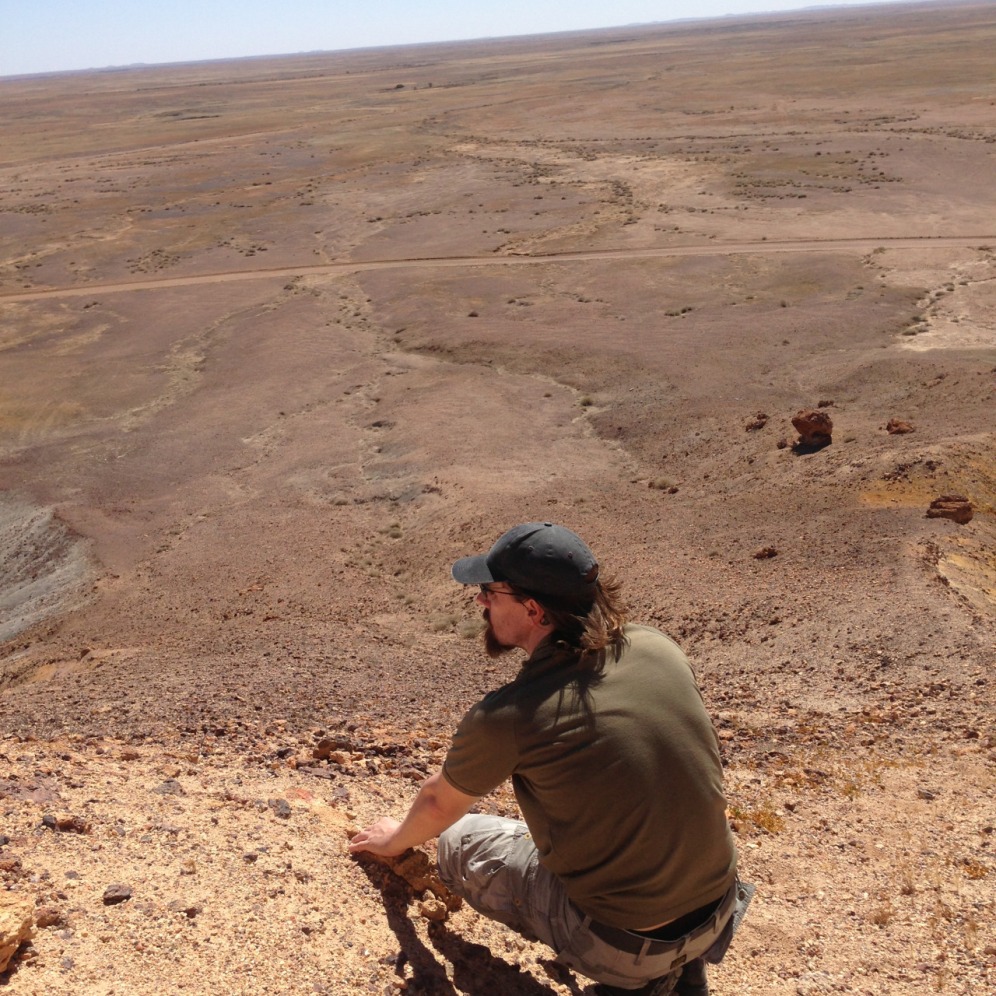 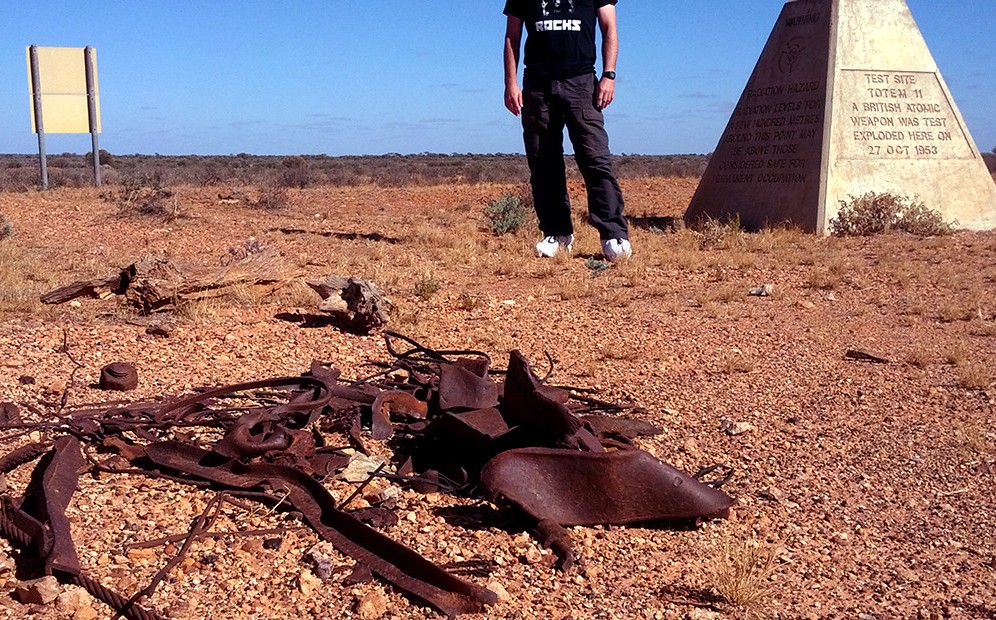 From my trip report into one of Australia’s outback post-apoc landscapes – Mad Max Ground Zero – Roads & Kingdoms – with bonus photos!

As an American, Wayne’s vision of Australia was shaped by watching the Mad Max movies as a boy. As for me, I’ve developed an ever-growing interest in works about “Zones of Alienation” (places where reality begins to break down). Books like Roadside Picnic, written by the Strugatsky brothers, about the aftermath of an extra-terrestrial event. The brothers prophesized places like the Chernobyl Exclusion Zone and give a name to the people that explore the forbidden lands: Stalkers.

The focus of our trip is just such a journey into a genuine nuclear wasteland. We refer to our coming adventure into the Woomera Prohibited Area as a trip into “the Zone.” We kit ourselves out as if we were a Stalker in Chernobyl: a mix of mostly cosmetic military-surplus gear and some crucial protective equipment. It is fitting that the expedition will be mounted from Coober Pedy, where parts of George Miller’s Mad Max: Beyond Thunderdome were filmed. It’s the perfect place from which to embark on expedition into a real life post-apocalyptic landscape.

READ THE REST OF THE TALE HERE

Art by SCIENCE HYPE – even more great space art posters at that link.

Since I had to keep my review PG-rated, you get all these. 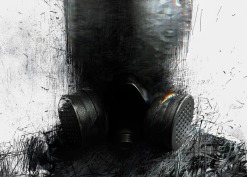 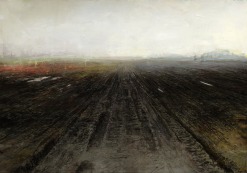 Postcard From The Zone VII by lukpazera 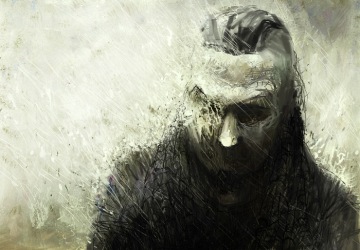 Smell of Rain III by lukpazera 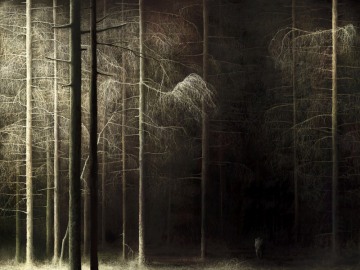 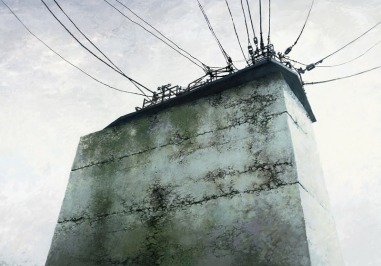 Dog of Zone IV by lukpazera

From Motherboard’s The Mission to Resurrect the Woolly Mammoth