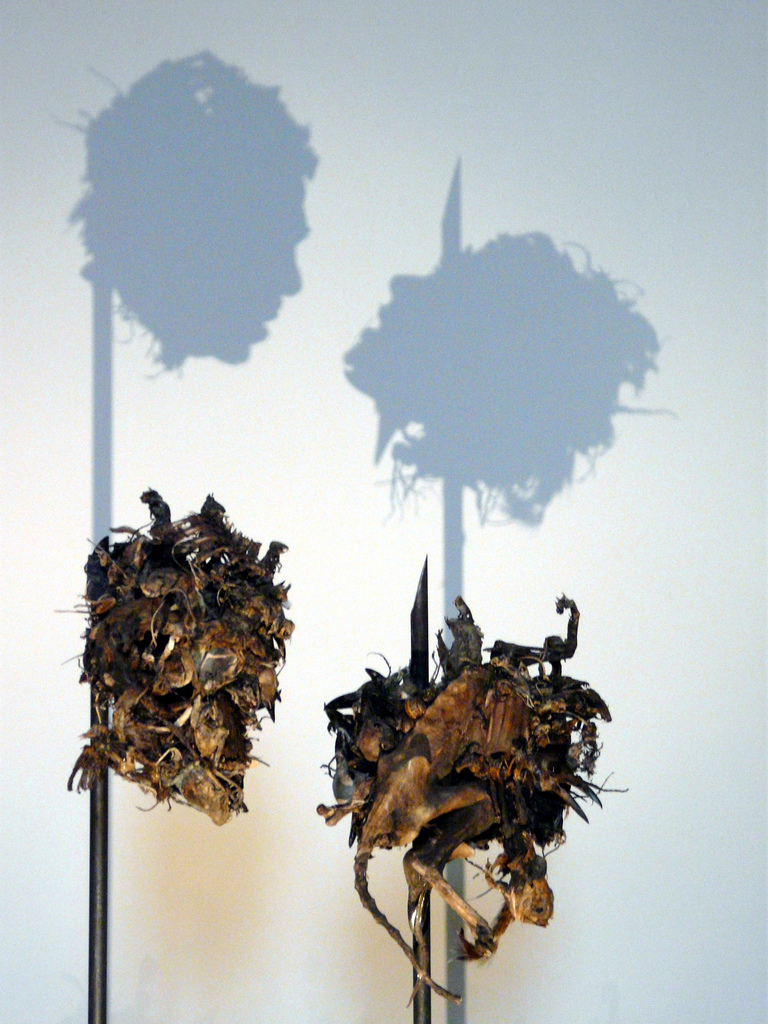 ‘Tim’s mum bought some kittens three years ago. The cats started bringing in their prey almost every day. We collected their remains in a box marked with a skull and crossbones, which we called ‘Dead Things’. Soon we had a few hundred rotting creatures – mice, rats, voles, even a squirrel and a toad. Walking through the British Museum, we were struck by the Egyptians’ use of mummification, their obsession with animals and animal parts, and how good at sculpture they were. And suddenly we knew what to do with our mummified animals!’ -Sue Webser