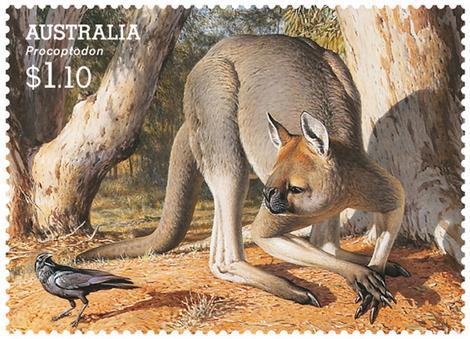 Humans did see these animals before they became extinct. Island hopping from Asia, humans crossed into Australia sometime around 50,000 years ago. These two bipeadal mammals overlapped for around 20,000 years before the giants vanished. There are still stories amongst the Australian aborigines with descriptions of what could only be the Giant Short-Faced Kangaroo.

Although they overlapped, there is little evidence of human butchery on fossil remains. Australia was a continent where the climate was changing constantly. Forests shrank as the climate became drier, and some areas experienced extreme droughts. Local extinctions may have taken place, leaving small refugia clinging on which never managed to regain the numbers they once had. To witness a mob of flat-faced, big bottomed kangaroos walking across the landscape surely must have been one of the most wonderful sights our species has ever witnessed.